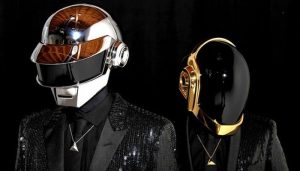 Daft Punk have split up after 28 years.

On the 22nd February, an eight-minute excerpt from their 2006 film Electroma, titled Epilogue, was shared to the official Daft Punk YouTube channel. The clip sparked rumours that the duo had split. Their publicist Kathryn Frazier subsequently confirmed the news to Pitchfork, but gave no reason for the split.

Daft Punk formed in Paris in 1993. Their debut album, ‘Homework’, was released in 1997, featuring hit singles including ‘Around the World’ and ‘Da Funk’. Their follow up, ‘Discovery’, is seen by many as one of the most important dance music releases of this — or any — era, a record that anticipated the digital music age, the pivotal importance of video content and the growth of the online fan club.

Their most recent album, ‘Random Access Memories’, was the best-selling dance music album on vinyl of the decade. An unseen Daft Punk show from the duo’s Alive 2007 tour also recently appeared online.

1,300 people attended a COVID-19 study event in Amsterdam this weekend. Following the Dutch government’s announcement that festivals should be…

Daft Punk have split up after 28 years. On the 22nd February, an eight-minute excerpt from their 2006 film…