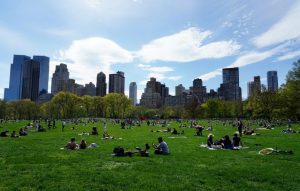 New York City’s Central Park is to be the site of a 60,000 capacity gig to mark the return of full capacity live shows after the coronavirus pandemic, the city’s mayor Bill de Blasio has announced.

No artists have yet been announced for the show, which has a tentative date of August 21 and the working title ‘The Official NYC Homecoming Concert in Central Park,’ however renowned music industry executive Clive Davis has been put in charge.

Over the course of a five decade career, Davis has worked with the likes of Bruce Springsteen, Aretha Franklin, Janis Joplin, Pink Floyd and Whitney Houston. He has won five Grammys and was inducted into the Rock & Roll Hall Of Fame in 2000.

According to The New York Times, Davis is looking to book eight “iconic” acts to play a three-hour show. It will also be broadcast live on television. 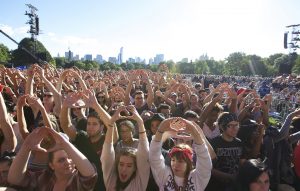 “I can’t think of a better place than the Great Lawn of Central Park to be the place where you say that New York is reopening,” Davis told the newspaper.

Live Nation is reportedly involved in the show, for which the majority of tickets will be free. There will, however, be VIP seating. 70 per cent of tickets will go to people who have taken the coronavirus vaccine, with vaccinated and unvaccinated sections of the audience planned.

It will take place on the Great Lawn, the site of legendary shows such as Simon & Garfunkel‘s 1981 reunion gig, attended by 400,000 people, and performances by Carole King, Elton John, Diana Ross and more. 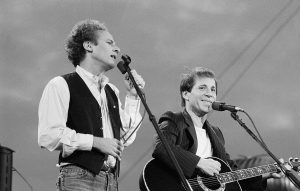 It’s also the site of the annual Global Citizen Festival, which has previously been headlined by Beyonce, Queen, Stevie Wonder and Coldplay.

“It’s an absolutely stunning place for the concert,” de Blasio added. “It makes you feel a deep connection to New York City.”

“There’s a mental attitude that I think we are all looking forward to,” said Davis. “That the future is bright and healthy for this country, for the world and for New York City.”

1,300 people attended a COVID-19 study event in Amsterdam this weekend. Following the Dutch government’s announcement that festivals should be…

Daft Punk have split up after 28 years. On the 22nd February, an eight-minute excerpt from their 2006 film…